No Limits SCI Recovery Foundation helps individuals and families of injured youth face paralysis with compassion, and with financial assistance. Meet some of the people that No Limits has helped

Abigail Marsh is a 2022 recipient of the No Limits SCI Recovery Foundation. A northern Kentucky resident Abigail was injured over ten years ago. She has chosen not to let quadriplegia define her life. A sense of adventure has taken Abigail from the ski slopes to surfing the Pacific Ocean, and now into the air. The No limits SCI Recovery Foundation is sending Abigail and her parents to Project Airtime in Draper Utah where she will co-pilot on a paragliding trip this September. When in town Abby advocates for the disabled by teaching wheelchair cooking classes in an adaptive kitchen she designed for Nuts to Boltz Farm in Loveland Oh. Driving an adaptive van, Abbie's therapy dog Scarletta accompanies her in her daily activities. To learn more about Abigail Marsh and her journey, follow along at inthewaitingblog.com/about 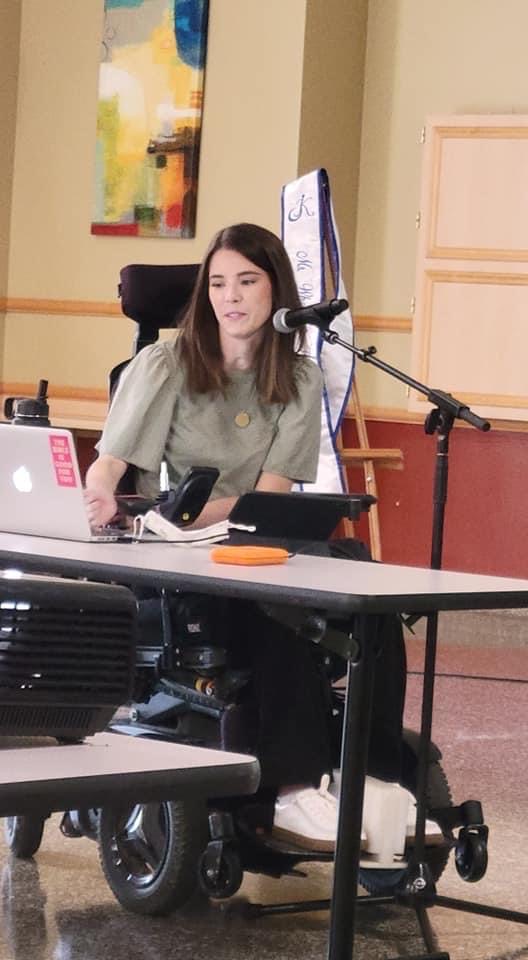 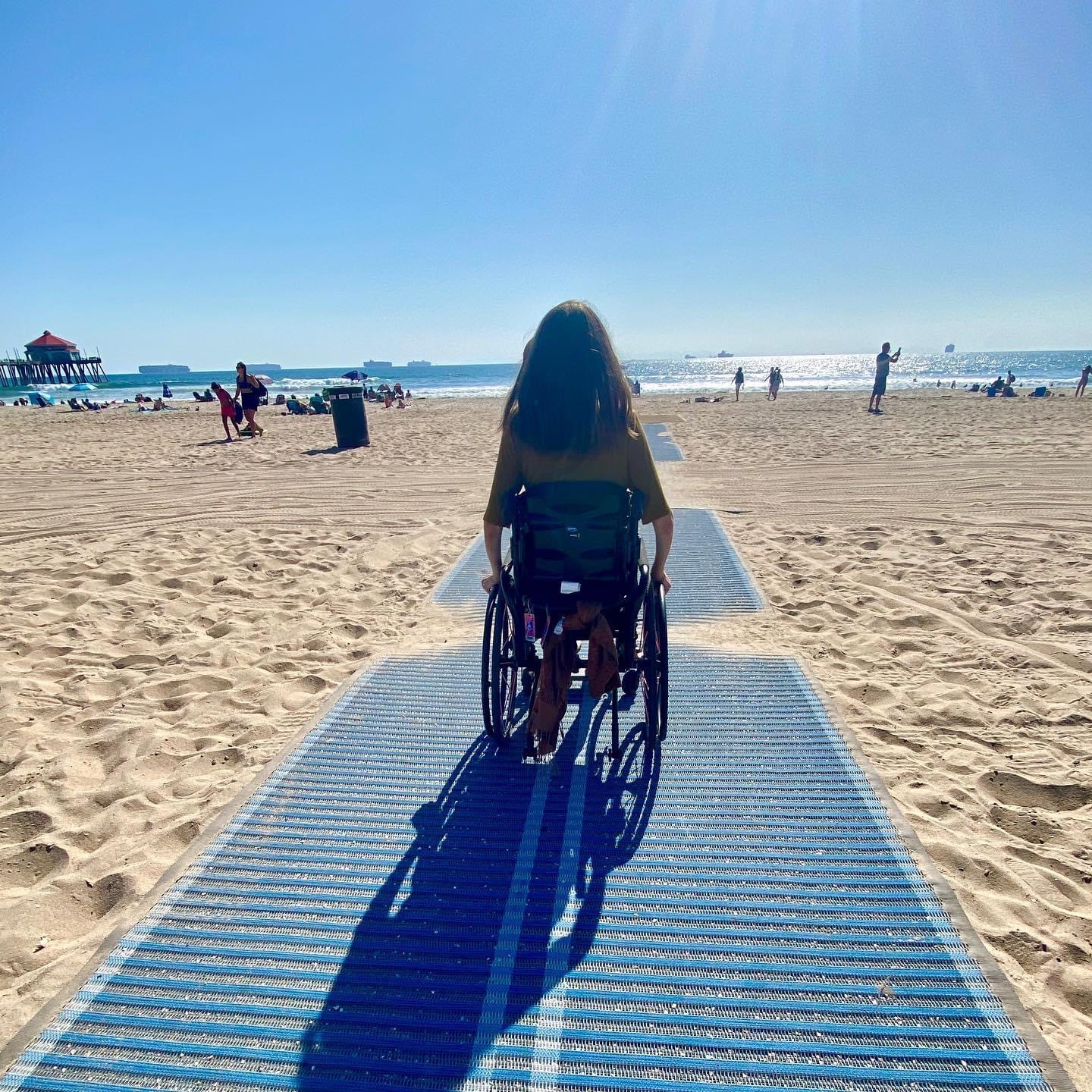 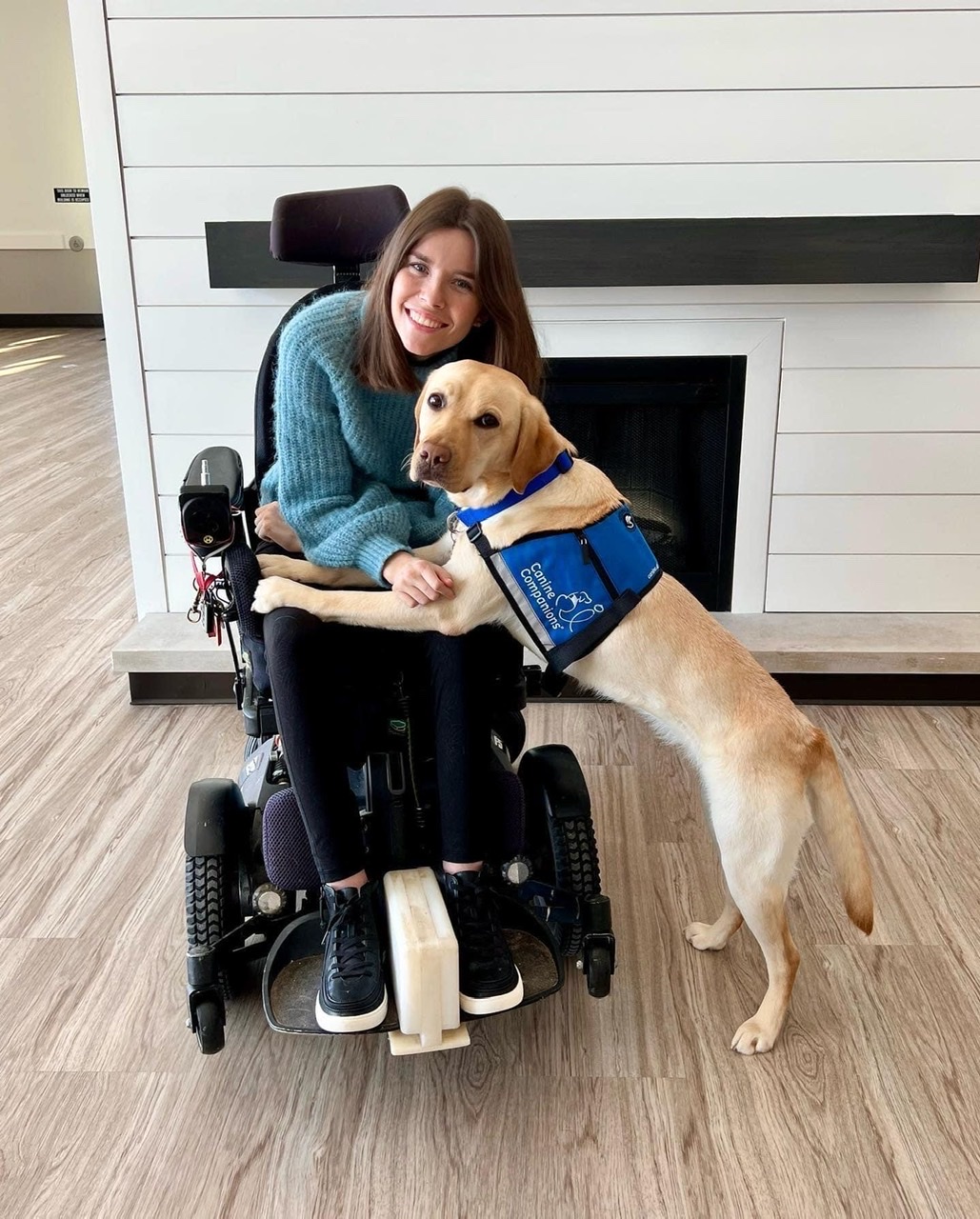 Aidan is the first pediatric patient the No Limits SCI Recovery Foundation has been able to aid. Injured in a car crash in 2019, Aidan spent three weeks in Dayton Children’s Hospital. He is an L4 complete level of injury. Working with his grandmother, we were able to fund the purchase of a Tempur-pedic Adjustable Bed and frame. Aidan through PT and OT at Cincinnati Children’s Hospital, and Daytons Children’s, has progressed from Lite Gait, to RGO’s Receptacle Pivotal Walking Braces with arm crutches, stander, walker and floor exercises. Aidan was recently accepted into a 90 day outpatient program with Victory Over Paralysis’s Kosair Charities Center for Pediatric Neurorecovery at the University of Louisville. Aidan has No Limits!

Kosair Charities Center for Pediatric Neurorecovery at U of L, Louisville KY 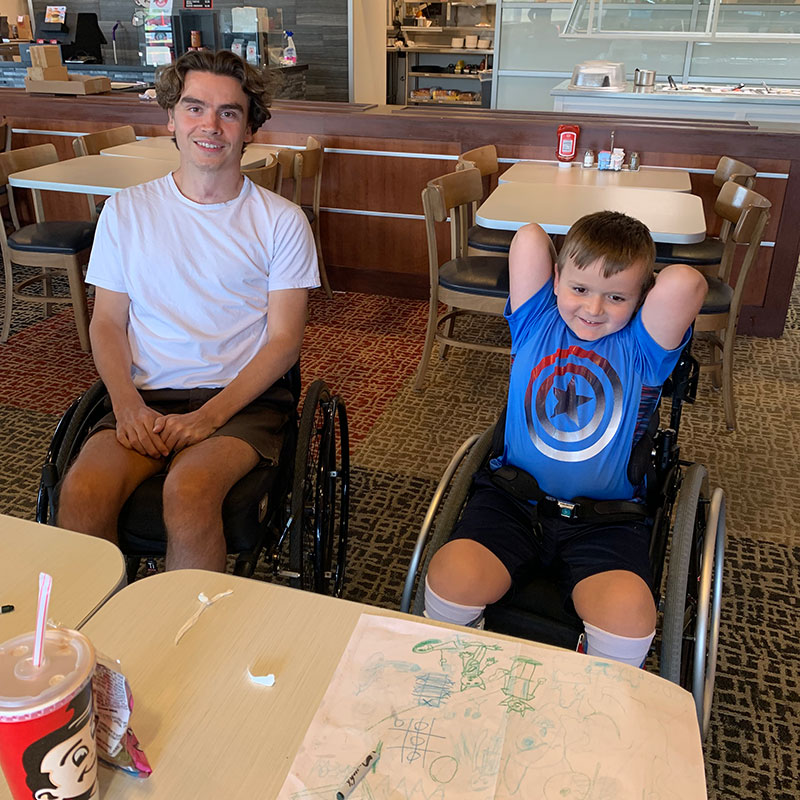 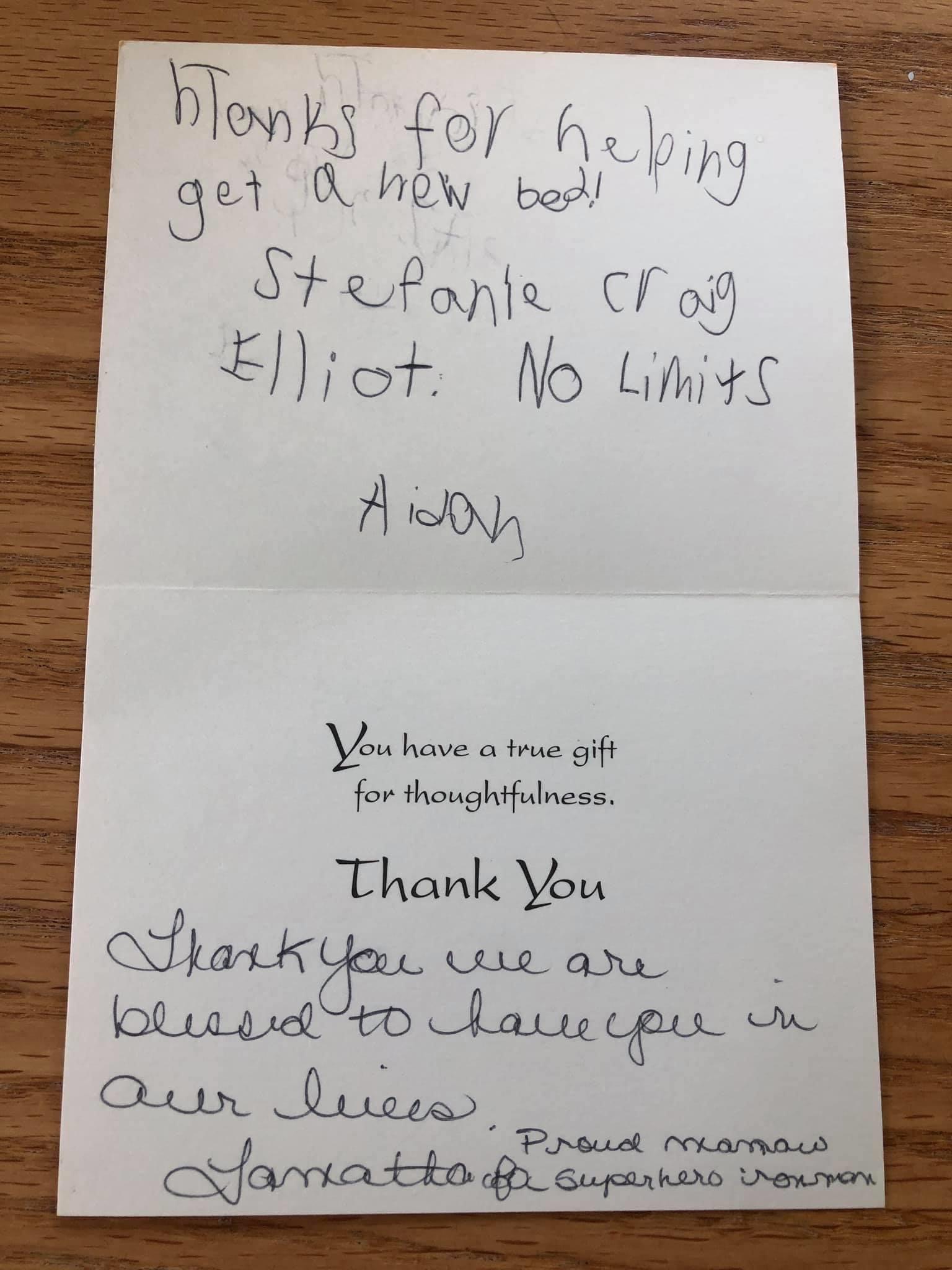 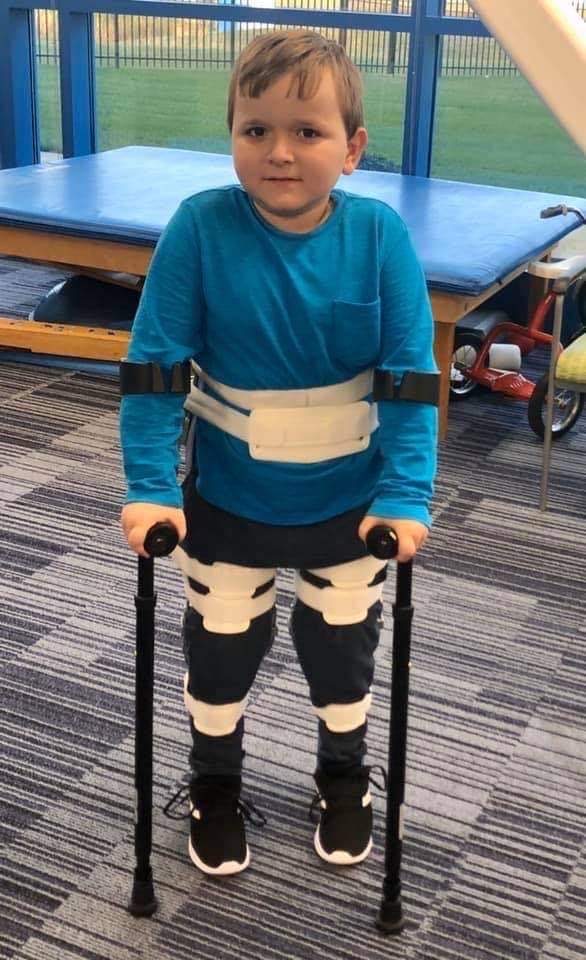 Amourah Bell came to the No Limits Foundation's attention via a United Way Wish List published in the newspaper. The sweet six year old was injured in a car accident at the tender age of 7 months. The traumatic brain injury she suffered left Amourah paralyzed and nonverbal. Two of Amourah's wishes were an IPad PRo for text-to-speech and a lift device. The No Limit's SCIRecovery Foundation helped to gift her the IPAD and partnered with 101 Mobility to secure a Liko Lift. It is through generous donations by our supporters that we are able to help the Bell Family with much needed technology. 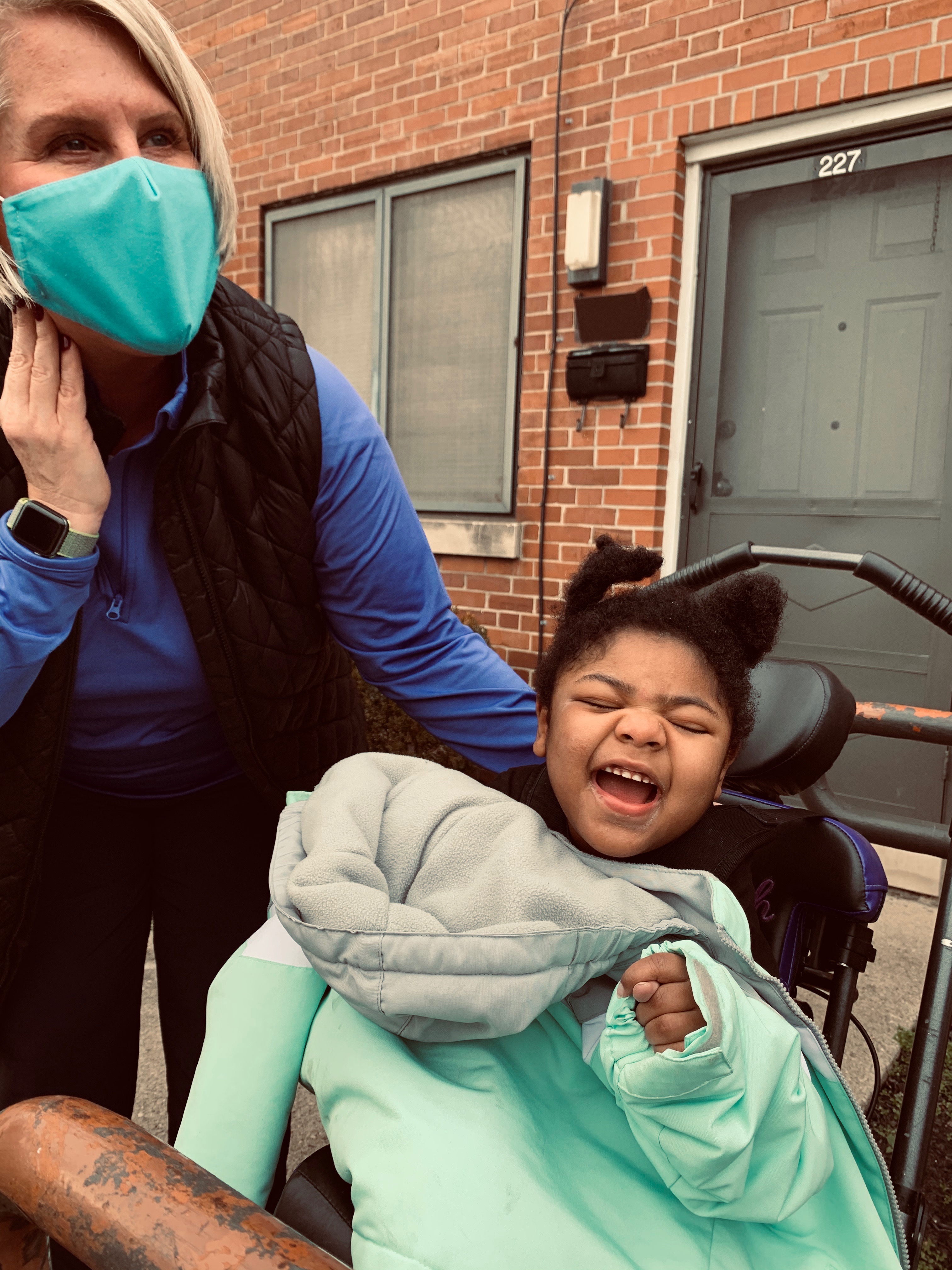 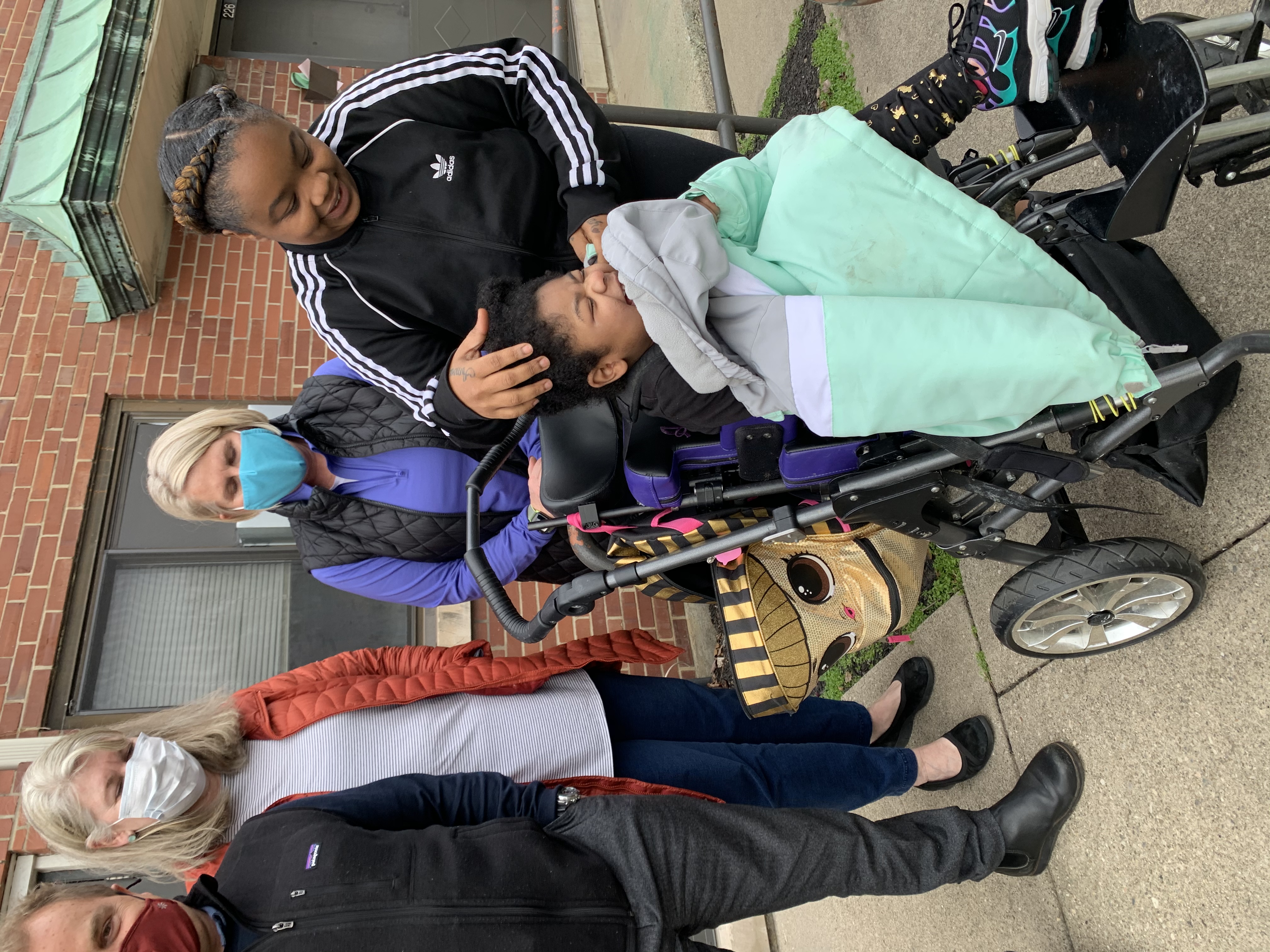 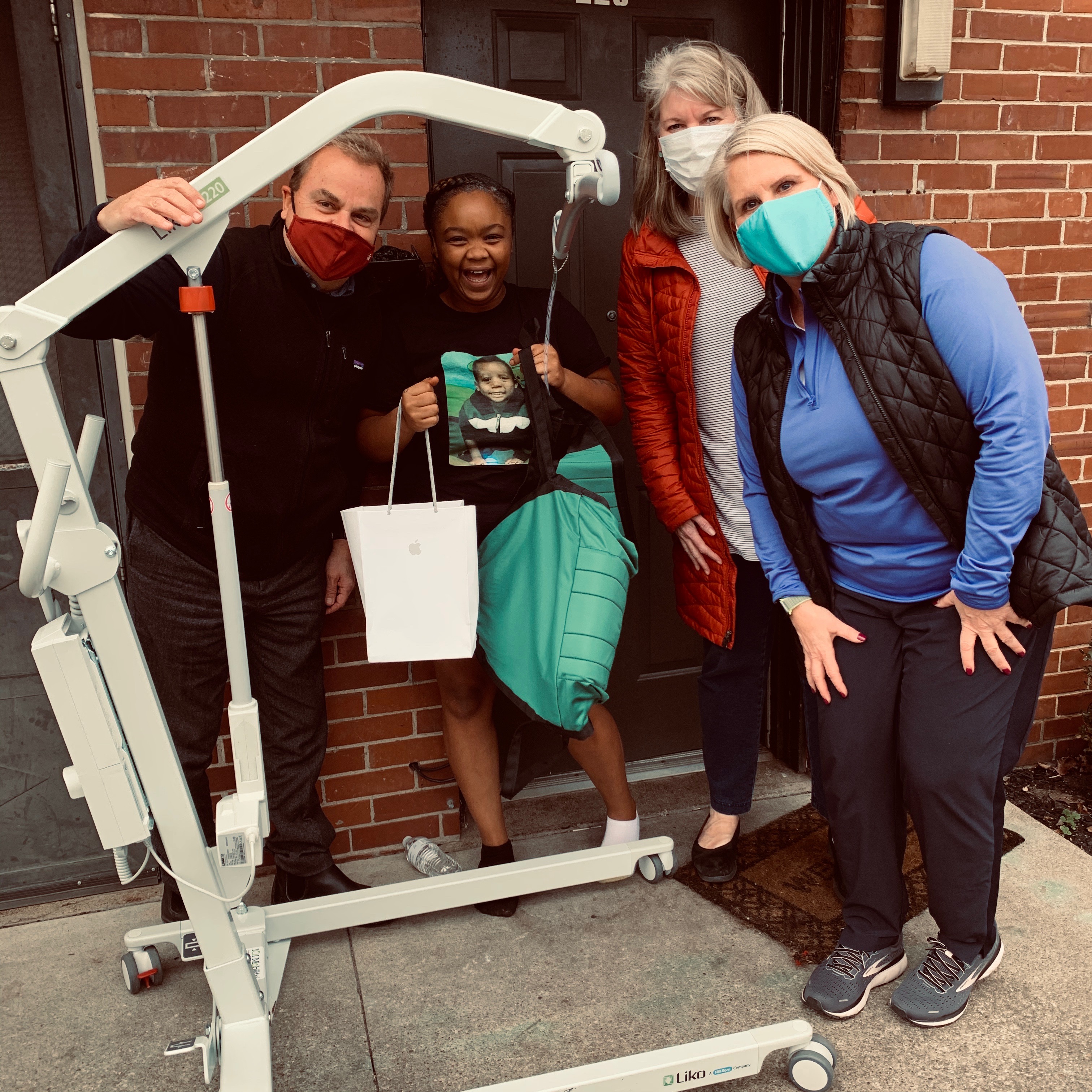 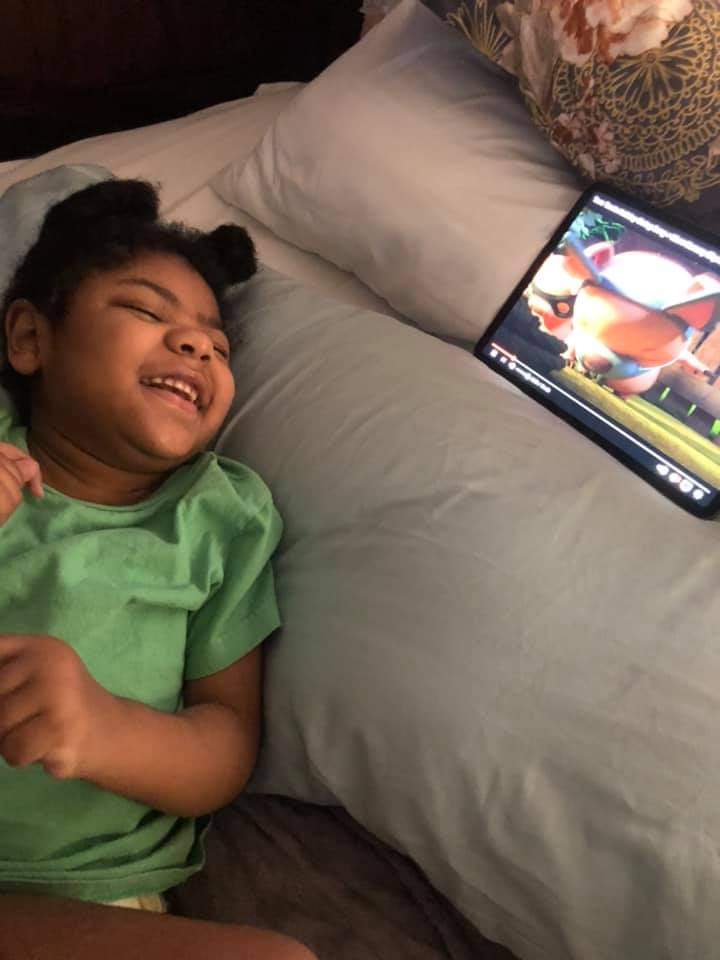 The No Limits SCI Foundation’s third recipient is Adavion (DV) Gulley. Injured in 2019 while diving, DV is a C5 quadriplegic. No Limits has provided DV with assistive technology in his families home, and an adaptive gaming system. Allowing DV to connect with his friends, just like before. Frazier Rehab in Louisville KY, has played a large part in Adavion’s recovery. His progress has been seen in upper body strength which allows him to assist with self care, meals, and playing video games. Frazier Rehab PT/OT services have been instrumental in a forward thinking attitude for DV. The E-Stem and treadmill play a large part in boosting his overall confidence, post injury. His sneaker addiction, and sense of humor are in play. DV has No Limits! 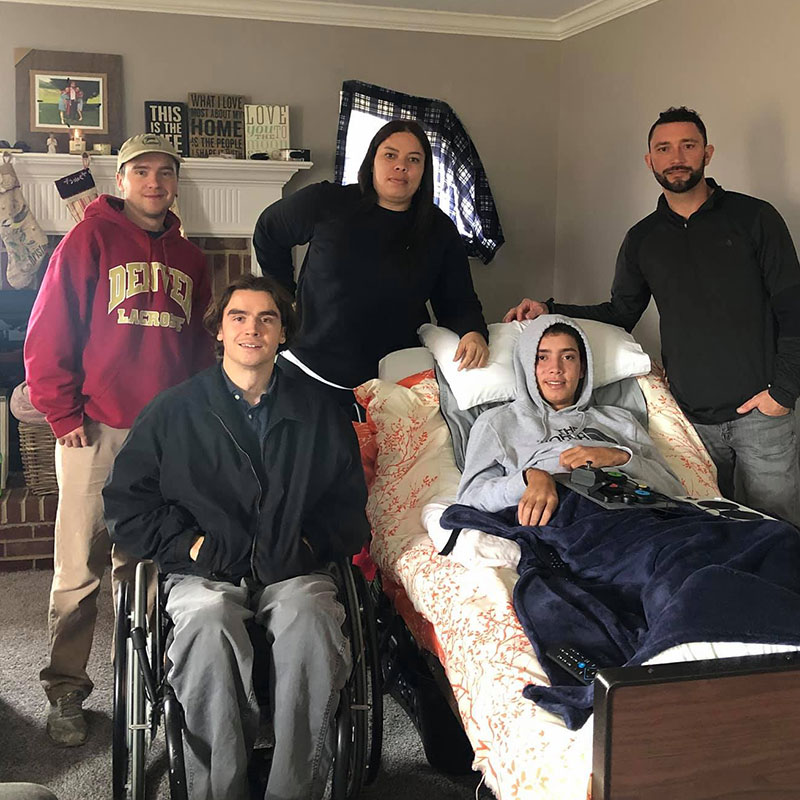 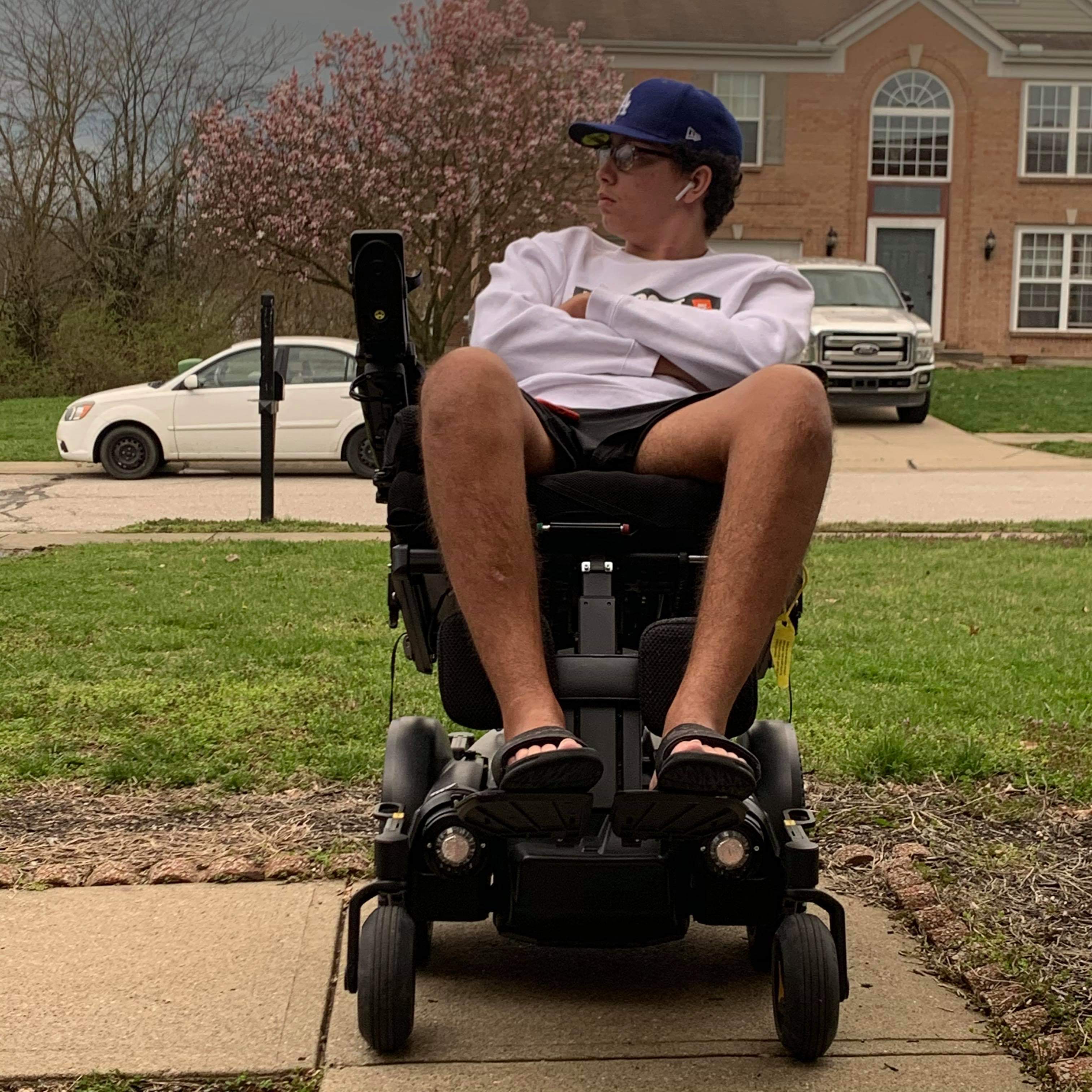 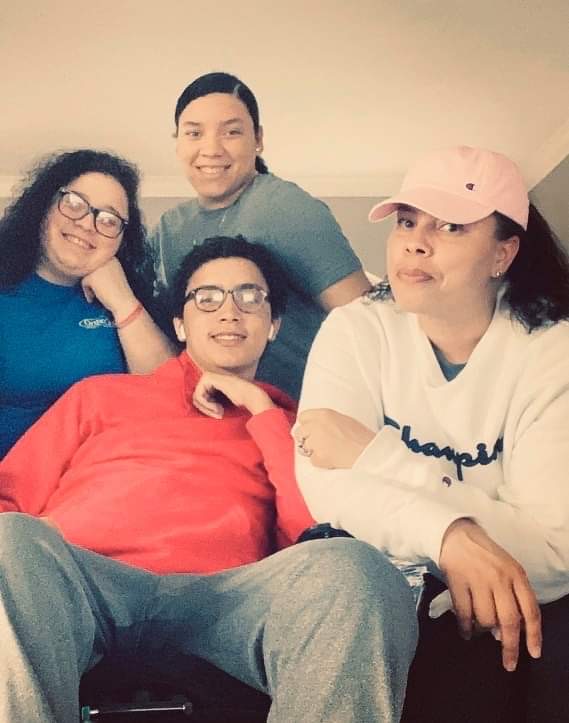 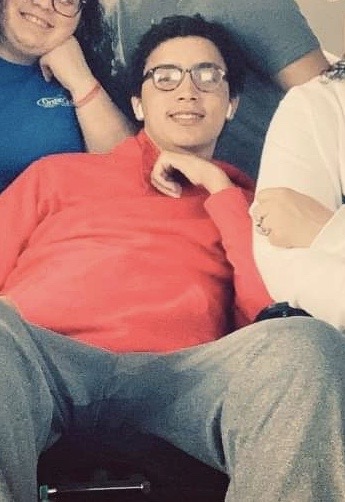 Elliot, a film editor/artist, had just turned 22 years old and graduated from the University of Cincinnati when he was seriously injured at the C6/7 level. Rear ended by an impaired driver at an excessive rate of speed, Elliot has spent the years since 2016, finding his path forward. No Limits SCI Recovery Foundation assisted Elliot in his rehabilitation, and recovery, both inpatient and out, at Craig Hospital in Denver, Co. where he began activity based physical therapies. Elliot then moved home and began participating in the Neuro Recovery Network at Frazier Rehab in Louisville, commuting three days a week. In 2018 he qualified for a groundbreaking phase one clinical trial for stem cells, at the University of California at San Diego. No Limits continued to fund Elliot’s activity based therapies at VIP Neuro Rehab, and ADAPT Movement, in San Diego. Back at home in NKY, Elliot has his new adapted van to assist him in independently navigating his new life. Elliot has joined a wheelchair tennis group in Blue Ash via the Cincinnati Tennis Foundation, and Five Season Sports. No Limits SCI Recovery Foundation just sponsored Elliot, and 16 other athletes at the 2020 Cincinnati Wheelchair Tennis Open. Elliot has No Limits! To view Elliot's artwork please visit the elvisfeldman.blogspot.com 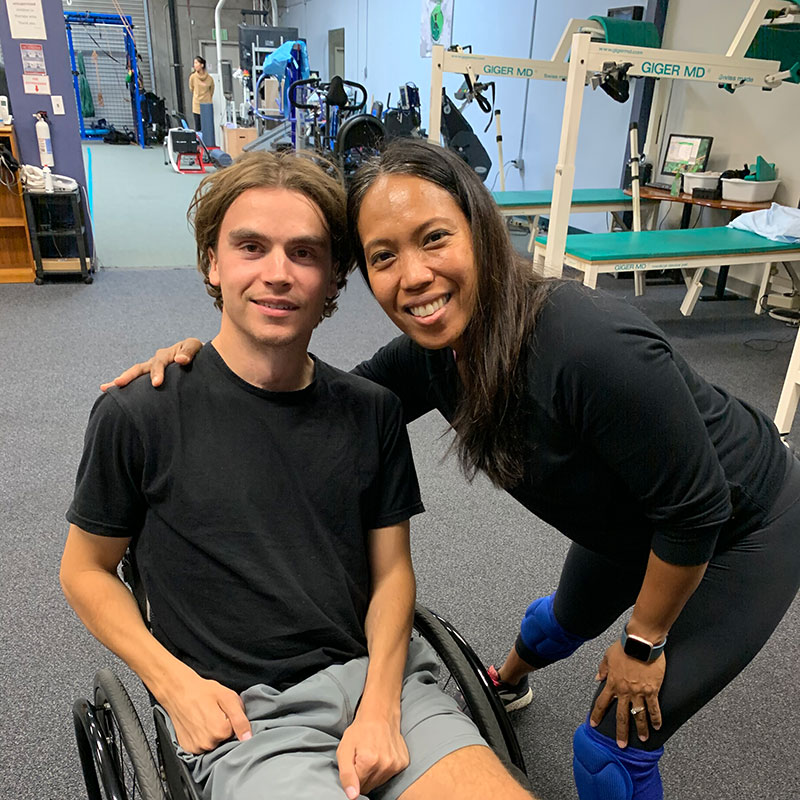 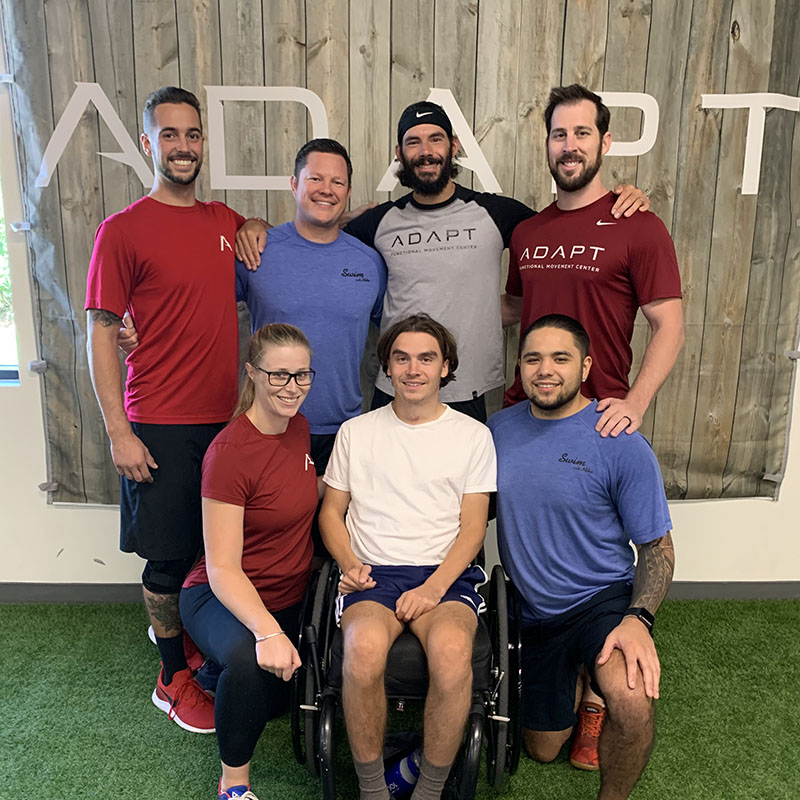 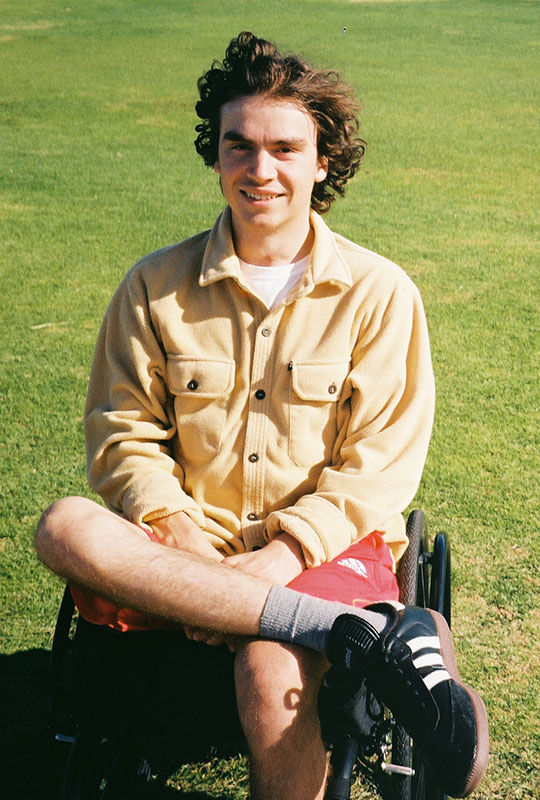